Do you have a project Moffitt Builders can help with?

OAK ISLAND’s ten miles of uncrowded beaches, family-oriented attractions and cozy accommodations make it the North Carolina beach you’ve pictured. Ice cream, mini-golf, and bicycles with bells and baskets complete the nostalgic feeling you’ll find here. On Oak Island, the water is always the center of attention with more than 60 public beach-access points, two fishing piers, two marinas and three public boat and canoe ramps. Many access points to the Intracoastal Waterway and the Davis Canal, making it the perfect location for fishing, boating, kayaking and other water activities. 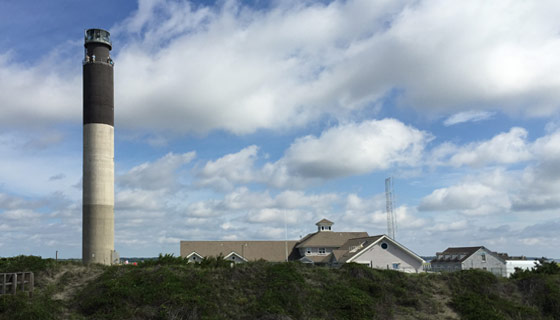 Cross the bridge to the mainland and enjoy strolling through a butterfly garden, or testing your game on several championship golf courses. Bring or rent a boat and visit the western tip of Oak Island where at low tide, you can walk across the tidal flats—almost to Holden Beach, and climb a small bluff for sweeping views of ocean and green marsh. Via North Carolina Highway 133, Oak Island is 30 miles (48 km) south of downtown Wilmington.

Oak Island is bordered to the south by the Atlantic Ocean, to the east by Caswell Beach, to the north in part by the town of St. James, and to the west by the town of Holden Beach across Lockwoods Folly Inlet. A significant addition to the town’s area has been made since the 2000 census on the North Carolina mainland, west of St. James and extending north to border the city of Boiling Spring Lakes.

The Town covers much of the island and includes areas on the mainland around both bridges, such as the golf course community of South Harbour Village. There are also thousands of undeveloped acres near the Swain’s Cut Bridge.

SOUTHPORT has been hailed by North Carolina locals and visitors alike as one of the most authentic and unique coastal communities along the shoreline, and it doesn’t take long for newcomers to figure out why. The small, 2.2 square mile village is a stunning combination of historic residences, lush coastal landscaping, and miles of water in every direction, making it a both a quintessentially southern and maritime community with a distinct culture all its own. No wonder Southport Riverwalk has been the romantic setting for dozens of TV shows and movies. 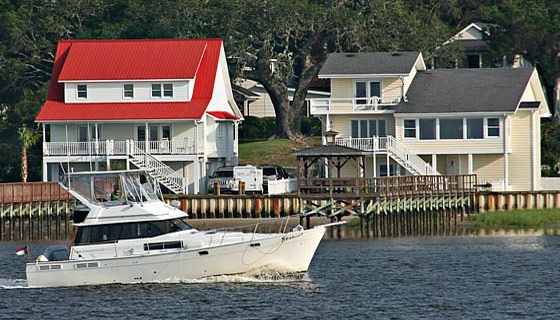 Featuring a long maritime heritage that is on full display along virtually every downtown street, this surprising weekend or weeklong vacation destination is filled with genuine coastal charm. The town was officially incorporated as the town of “Smithville” in 1792, named after a Continental General who later became a North Carolina Governor. The name was later changed to “Southport” in 1887 as an effort to promote the town as a major shipping port.

Southport features nearly a dozen marinas along the waterfront open to the maritime traffic of the Intracoastal Waterway. As a community that’s devoted to the water, visitors here will also find ample boardwalks to explore the waterfront, restaurants and lounges with incredible views overlooking the river, and even a Waterfront Park and town pier for a front-row vista of the ships passing by.

Day trippers will definitely want to spend the majority of their time either along the waterfront or strolling through the Downtown area, which is home to countless restaurants, boutiques, coastal art galleries, and renowned antique stores that display rare, and uniquely southern pieces. The dining scene in Southport is especially revered, as patrons will find nearly 70 restaurants that range from national fast food chains to unique waterfront grills and cafes.